My Battle and Obsession with Food. 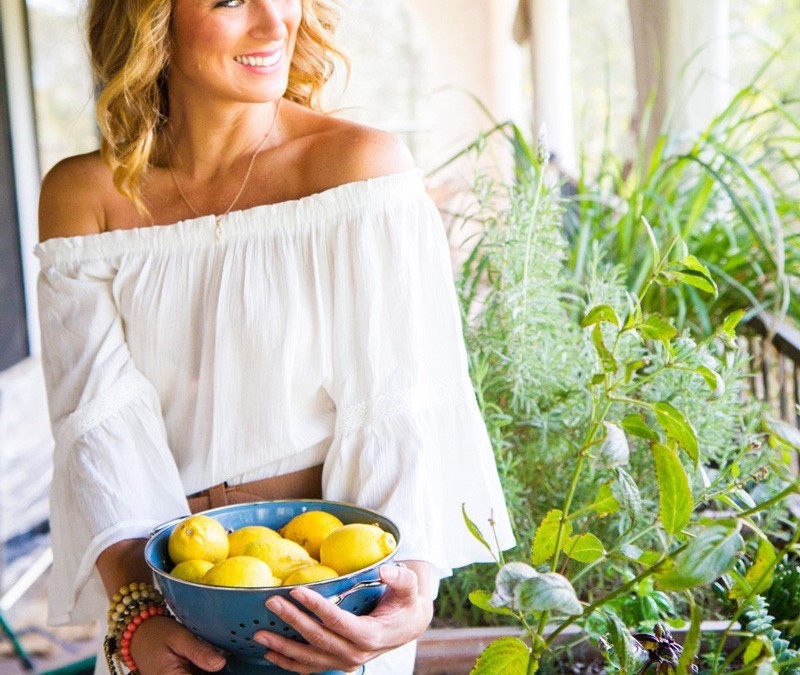 My battle and obsession with food, and control over what my body was feeling and how it was feeling, and all of the suffering that I dealt with around self image started at a very young age. I guess it all began the day that I was born. I was born sick. Several of you have heard this part of the story, but let me take you a little bit deeper…

When I say I was born sick, I mean that from the day I was born my stomach wasn’t right. I became very used to everything I ate clearing out quickly… if you know what I mean. From a young age I believe this created some issues for a desire of control. I was also always told how tiny I was, how strong and little I was. I think I clung to this as an identity, honestly, it’s all I ever knew.

My body not being well on its own probably had something to do with this, and I had no clue what caused my body to react the way it did, and it was painful and embarrassing and it happened in the worst moments. It cut into a lot of important times in my life as well. So this “stomach issue” controlled me, and I know that more than anything I was desperate to want to control IT.

I’m pretty sure that the comments about how great my body was and how tiny/small and athletic I was also haunted me in a way. With these comments I was so used to hearing I think that added to a growing obsession of wanting to have control and pressure over keeping it that way.

And because of the constant pain and battle of what was going on inside my body I became obsessed with trying to find control over what my body was doing.

This all took place at a very young age. I think I had hoped that if I could control my body I would 1) not feel so sick 2) stay the size everyone was always talking about. Ugh. This was definitely not right. I was doing it so wrong and I was emotionally focused on the wrong things. My body even rebelled against what I was trying to do. I became puffy. I was already malnourished because my body wasn’t well and any nutrient that was coming into my body, was exiting quickly. I was fatigued and my immune system was shot, for numerous reasons.

I was obsessed with my intake of food, or even finding ways to get rid of what I had eaten.

I think my mindset was stuck in a space of the idea that food obviously wasn’t helping me, it was hurting me, so I should just get rid of it or avoid it. This is absolutely NOT the mindset I would wish upon anyone. I was so consumed, obsessive, and fearful of what food was capable of.

This is a very hard part of my life to talk about. But the point of me even sharing any of this is because I have struggled. I struggled for so many years to find freedom in this area of my life. In no way ever would I ever wish obsessiveness over food over any one. My life was consumed over it and all I ever desired was FREEDOM. Freedom from the obsession, freedom from the pain my body felt, freedom from the inconvenience my body caused me.

One day I just decided I didn’t want to be obsessed anymore. I surrendered that part of my heart, but how was I going to fix it all? My body was still in pain. I still had these stomach issues that I had been dancing around for so long with bad and unhealthy eating habits.

Well, I never went down that Weight Watchers route, and I’m so thankful. There’s no way it would have helped me find the freedom I was so desperately looking for. Finally I did find the answer I had always been looking for. It was all about lifestyle. After years and years of doctors appointments, tests, and ER visits of them eventually telling me that i had IBS, which you’ll come to learn that I actually call that “BS” (more on this another time), I finally learned that all of this time my poison had been GLUTEN. I began to remove it and after about a month my body began working like a “normal” persons! I couldn’t even believe the relief my body felt, I had never ever in my life had that many days in a row feeling normal. Freedom was beginning to break through. 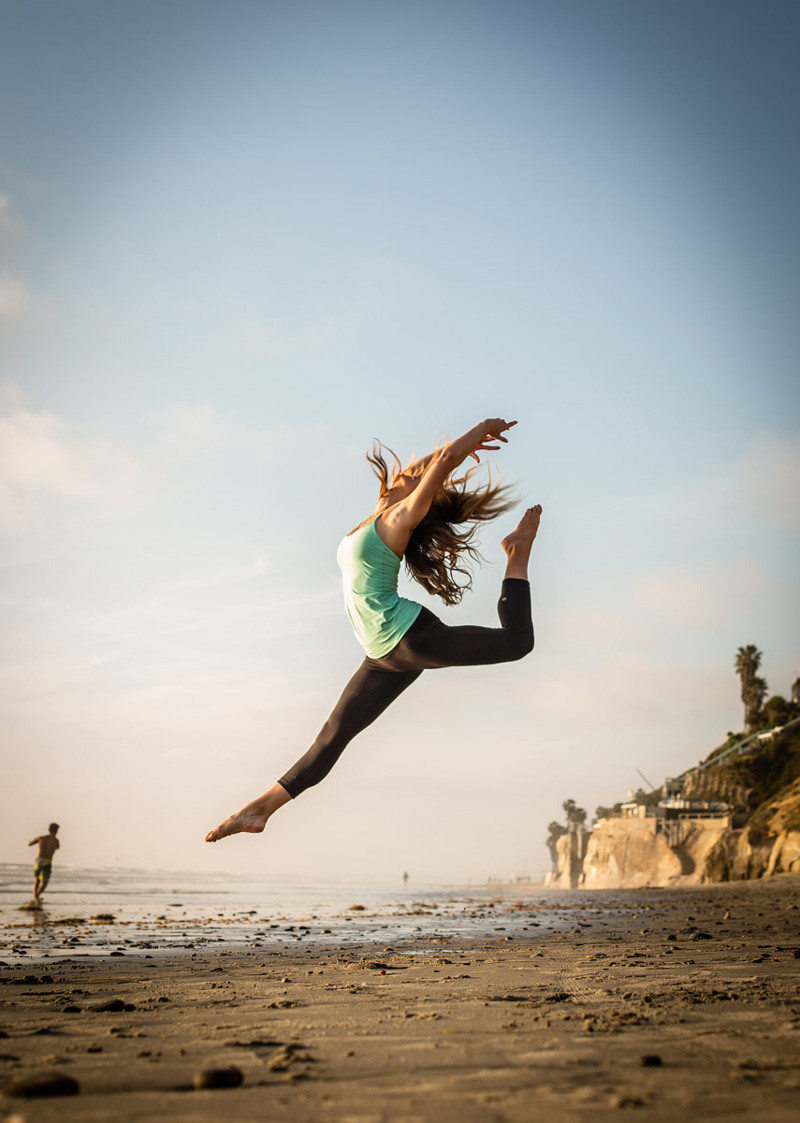 This is a huge piece in why I do what I do today. I want to share with as many people as I can the joy and freedom that can be found when we go to the root cause of the issue and I personally love playing detective figuring out what that root cause is. So I became a holistic and integrative nutrition health coach so that I could reach as many people as possible to find whatever it is that is hindering them from the freedom they are struggling to find.

I want to add that figuring out gluten as the cause of the pain was just the beginning. It was definitely what helped break into a life of freedom, because I finally understood why my body had been screaming and fighting with me for so long. But as I started to look into pursuing nutrition as a career for myself, I decided to dive in and learn so much more about what a whole foods life, fueling my body, healing my body, and properly taking care of myself would look like. I wanted to repair the damage that I had done, and also the damage the gluten had done. I had done some pretty horrible things to my body.

Thankfully now I have learned how to take care of my body from the inside out, and how to truly love myself which has allowed for me to feed and love on my body the way it is asking to be loved and nourished. Now I thrive. I’m the healthiest I’ve ever been without even a moment of obsession over food or the fear of it or calories. On the days that I do have little hiccups of feeling not my best, I take the knowledge that I have and I check in with myself. I look to see what my body or soul are craving and why. This helps me best feed myself with exactly what I need. This is the freedom I know now after years and years of searching for it.

I hope this for everyone and that’s why we’ve created and are sharing this Food Freedom Program. It’s a program that is very near and dear to my heart and it is rooted in the principles that I’ve shared with you above.

We kick off the program on October 12th and I hope you’ll be there with me. To be the first to know when the doors open for this program and about our early bird pricing, make sure you’re on our VIP List, click HERE. We’re also hosting a video call about Food Freedom, register for the call HERE. (You will still receive the call even if you cannot make the call) 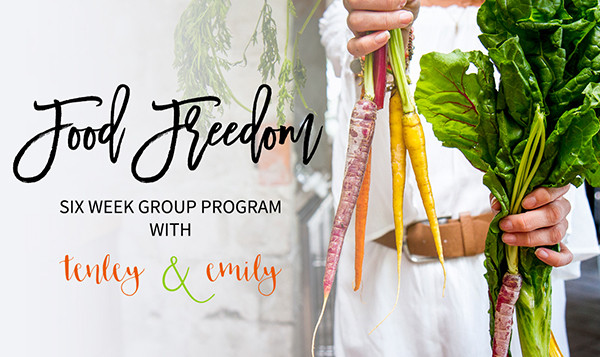 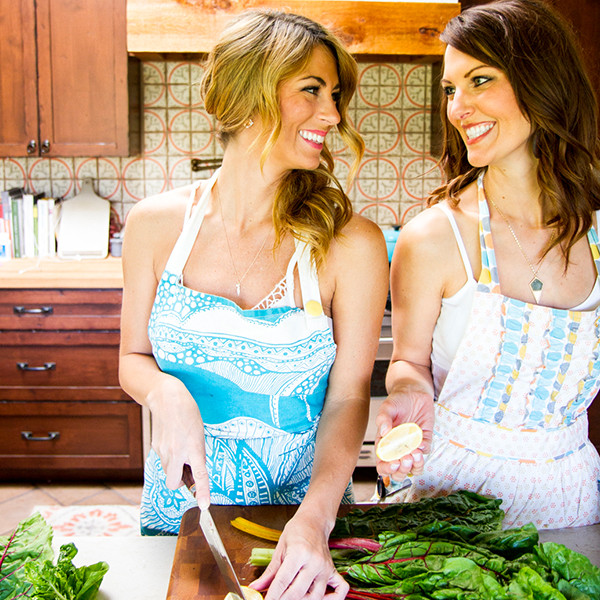 A Cleanse for People who Hate to Cleanse. 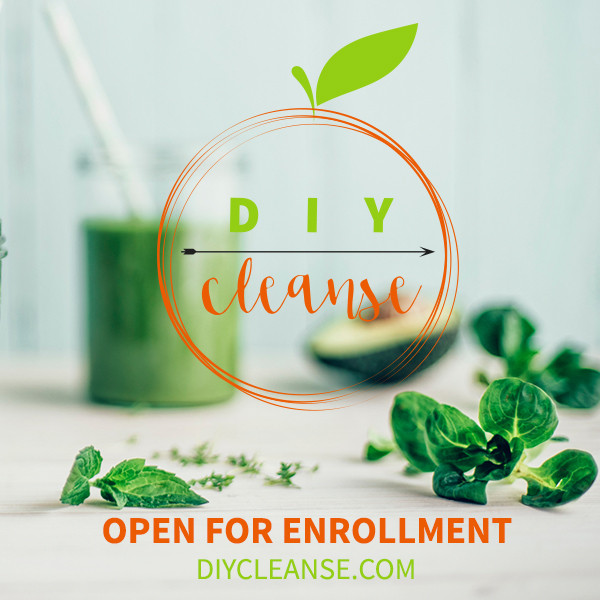 Gift the gift of health 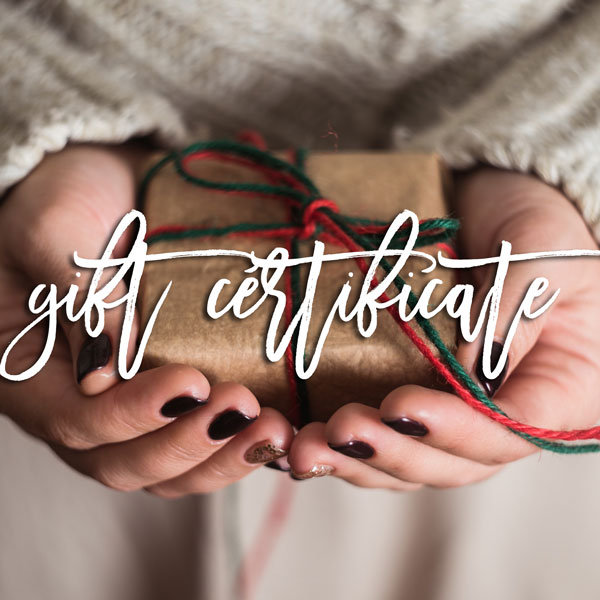